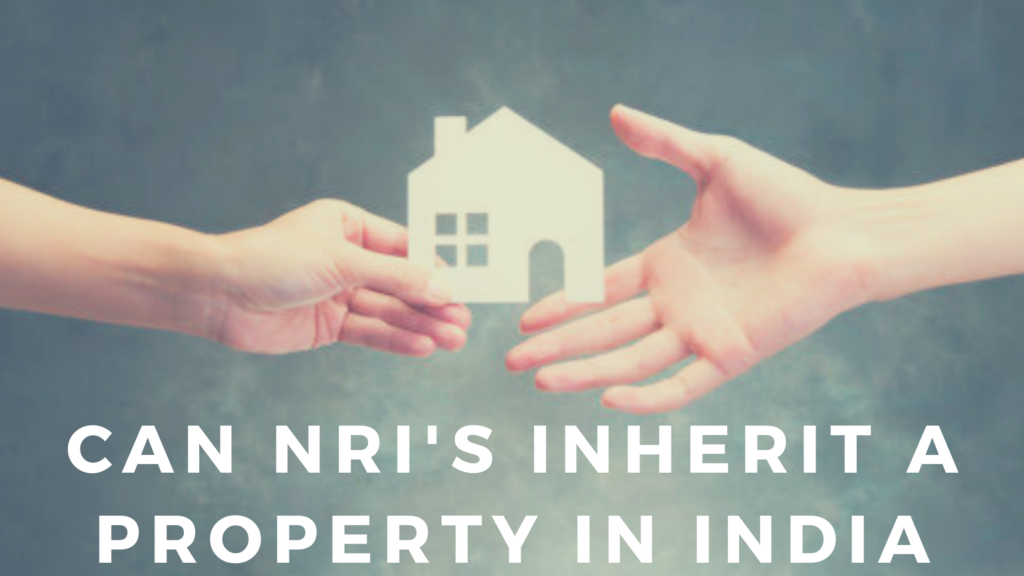 Who can inherit property

If a person fulfils even one of the above-mentioned conditions, he shall be regarded as a ‘non-resident.’

FEMA defines a person resident in India as

a person residing in India for more than one hundred and eighty-two days during the preceding financial year but does not include:

(a) for or on taking up employment outside India, or

c) for any other purpose, in such circumstances as would indicate his intention to stay outside India for an uncertain period;

(B) a person who has come to or stays in India, in either case, otherwise than—

(a) for or on taking up employment in India, or

(b) for carrying on in India a business or vocation in India, or

(c) for any other purpose, in such circumstances as would indicate his intention to stay in India for an uncertain period;

(2) any person or body corporate registered or incorporated in India,

(3) an office, branch or agency in India owned or controlled by a person resident outside India,

(4) an office, branch or agency outside India owned or controlled by a person resident in India;

Foreign Exchange Management Act, 1999 uses the term “person resident outside India”  for NRIs and defines it as a person who is not resident in India.

The economic, financial, and educational benefits given to them are usually at parity with NRIs.

Who can they inherit from

NRIs, PIO, and even foreign citizens can inherit any type of property, including movable and immovable property, i.e. commercial, agricultural, and residential. It is pertinent to note that NRI cannot acquire agricultural land, farmhouse, and plantation property in India, but they can inherit the same subject to certain restrictions. They can also inherit properties from other NRIs and PIOs if certain conditions are fulfilled. Therefore, they can inherit property from two categories of people:

Any person resident in India; or

In what ways can they inherit the property?

As a general rule, people, including NRIs, can inherit a property in the following ways:

No tax is payable in by NRIs, PIOs, or foreign citizens at the time of inheritance. Previously, Wealth Tax would have been levied depending on the price of the estate. However, since the same has been abolished, tax will not be levied on the inheritance of a property per se. However,  if the NRI decides to sell the property or accrues some kind of income from it, the question of Income Tax arises.

The following options are available to NRIs when they inherit property

If NRI decides to gift the property inherited, he may do so. However, it is pertinent to note that agricultural land cannot be gifted. If an NRI, who is not a relative, receives property as a gift from another NRI the same will be subject to tax in India based on the market value of the property.

The immovable property must have been acquired in accordance with the provisions of the FEMA Regulations or foreign exchange law in force at the time of acquisition.

The repatriated amount should not exceed (a) the amount paid for acquisition of the immovable property in foreign exchange received through normal banking channels or out of fund held in Foreign currency Non-Resident Account or (b) the foreign currency equivalent as on the date of payment, of the amount paid where such payment was made from the funds held in Non-Resident External account for the acquisition of the property.

The repatriation of sale proceeds is restricted to not more than two such properties in the case of residential property.

NRIs have leeway to acquire properties except for agricultural land, farmhouse, and plantation property in India. However, NRIs can inherit the above properties-agricultural land, farmhouse and plantation property. Further, NRI can transmit the sale proceeds from land sold in India, although where the amount to be transferred is above one million USD, RBI’s permission is required. These curtailments are present for the stability of the Indian economy- the unwarranted outflow of foreign exchange reserves.