COVID-19 AND THE JUDICIARY: TECHNOLOGY TO THE RESCUE OF INDIAN COURTS?

COVID-19 AND THE JUDICIARY: TECHNOLOGY TO THE RESCUE OF INDIAN COURTS? 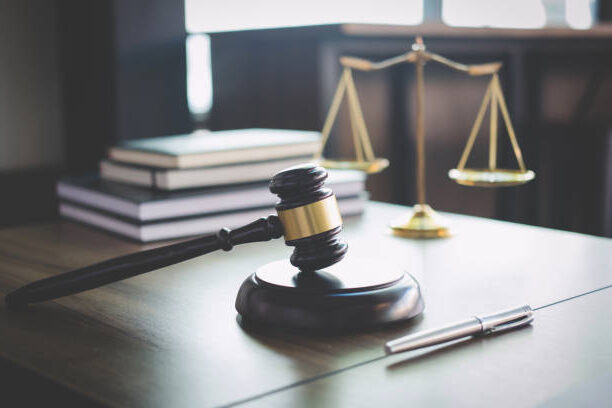 An advocate's day, before the pandemic, consisted of several activities ranging from traveling to courts to representing their case in the courts and other related activities. A typical day for an advocate in recent times is a far cry from this.

In response to the COVID-19 pandemic, courts all over the country have limited their functioning to hearing only urgent matters over virtual media, using electronic filings, email mentions, WhatsApp waiting rooms, and online hearings using video conferencing. It is anybody's guess as to how long this situation will last, and we must prepare for a new normal comprising social distancing, remote working, and electronic communication.

This article examines the way courts have responded to the changing circumstances and evaluates the feasibility of continuing the measures taken into the future, as well as discussing further possible steps.

That the courts must embrace the use of technology is not a new idea. The Indian Government established the e-Committee of the Judiciary in December 2004, which has overseen the steady adoption of electronic infrastructure by courts across the country. However, the pandemic has forced the courts into frantic action in the last two months, in contrast with the unhurried pace at which they had been working towards digitization for the previous several years.

The Policy and Action Plan Document for Phase-II of the e-Courts Project of January 2014 already contemplated video conferencing and recording facility for courts and jails for more than just remand matters. It was expected to be used for recording evidence in sensitive cases, followed by its extension to as many matters as practical. The Objectives Accomplishment Report, 2019 of Phase II of the e-Courts Project, states that as many as 3,388 court complexes and 16,755 courtrooms across India have already been computerized. Video-conferencing equipment has been provided to 3,240 court complexes and 1,272 jails.

In 2015, the oral evidence of Dera Sacha Sauda leader Gurmeet Ram Rahim Singh was taken via video conferencing by the Special Court, Panchkula. I witnessed this process myself at the Special NIA Court in Bengaluru in 2018.

However, the courtrooms that lack digital infrastructure far outnumber the ones that do, and this gap must be covered at the earliest.

The lockdown situation has seen the easy adoption by the courts of services like email and existing platforms like Zoom, WhatsApp, and Video, without an attempt to create and then adopt an indigenously developed software.

Using its powers under Article 142 of the Constitution of India, the Supreme Court came out with several regulations to adapt to the changing circumstances. It sanctioned the High Courts to modify their functioning, including the manner of recording evidence to suit the local situation. The Supreme Court also expressly directed the states to provide adequate video conferencing facilities for litigants who did not have the means or lacked access to them.

The E-Committee of the Supreme Court, headed by Justice DY Chandrachud, was set up to introduce and implement technological changes. It has recently introduced measures such as e-filing and mentioning via electronic means, which will most likely continue to post the pandemic. Justice Chandrachud recently conducted a webinar to orient the legal fraternity with the new e-filing software introduced for all matters at the Supreme Court.

However, it will still take years for the large majority of courts to normalize the use of advanced technology and artificial intelligence. Chief Justice of India SA Bobde remarked recently that "Technology is here to stay," indicating that the temporary measures being taken will speed the justice system farther down the road to digitization.

With the higher judiciary struggling to adapt, one can only imagine how the lower courts would deal with this challenge. Indeed, "This is the future of litigation that everyone had spoken of and anticipated, but it appears that no one was prepared for it." The COVID crisis has caused the district courts to shut as they do not have the infrastructure to conduct virtual hearings. Consequently, advocates are out of work, and litigants are left largely without recourse. The reopening of these courts will see a tsunami of matters: district courts see maximum case filings and have the highest pendency rates. Equipping them to suit the new normal is a challenge.

Several concerns would need to be addressed in the coming days. Courts would need to accept digital signatures to avoid the physical interactions required for the execution and notarization of documents like affidavits and instruments. Social distancing would be practically impossible in the tiny courtrooms usually seen in district courts.  Furthermore, the courts are accepting only urgent hearings, but how can we interpret urgent in a uniform manner. For instance, there may be a situation wherein one party considers the matter urgent, and the opposite party doesn't.

However, there remains an urgent need to meet infrastructural and budgetary requirements to ensure efficient usage of technology. Functionality and uniformity of software and equal access to it by lawyers and litigants is a prime concern.

What are other countries doing?

Certain courts in the USA have issued circulars or press releases notifying that court proceedings are to be conducted through audio or video conferencing, where possible. Each state has its own, slightly different policies. For example, while the courts in New York have not imposed any restriction on juries, the State of California has stopped trial juries from convening.

In the United States, the legal system began using technology over a decade ago. Hence, the concept of virtual courts is not new to them. Instead of reinventing the wheel, India can borrow from the expertise that they have already gained in this matter.

The U.K. passed the Coronavirus Act, 2020. It amended various statutes to adopt platforms like Skype for Business, Justice Video Service, and B.T. Meet Me for regular court proceedings. The Coronavirus Act intended that "The measures will enable a wider range of proceedings to be carried out by video, so that courts can continue to function and remain open to the public, without the need for participants to attend in person. This will give judges more options for avoiding adjournments and keeping business moving through the courts to help reduce delays in the administration of justice and alleviate the impact on families, victims, witnesses and defendants."

Singapore has introduced the COVID-19 (Temporary Measures) Bill, which provides for the conduct of court proceedings using remote communication technology, enabling accused persons and witnesses to give evidence via live video link. As per a recent circular, the Supreme Court, High Courts, and Family Courts are to only take up essential and urgent matters, through electronic means. These courts have adopted video conferencing or telephone conferencing through the Zoom platform for hearings, counseling, and mediation of disputes.

Thus, judicial systems in countries over the world are taking similar measures to respond to the requirements and challenges of the changing situation.

Foreseeably, numerous cases will be filed once courts resume functioning fully. Supply chains over the world have faced COVID-related disruptions, and parties to contracts will attempt using the situation as a defense to liabilities. While COVID-19 has been notified by the Indian Government as a force majeure event, the way this clause is drafted differs from contract to contract. This uniqueness gives rise to the need for interpretation by the courts. Related disputes will hence be a likely load on the already overburdened legal system.

There is public support to the continued use of video conferencing once normalcy returns, as it can help expedite the disposal of cases and nullify the issue of overcrowding of courtrooms. When there is no need for an elaborate physical infrastructure, courts will be more easily accessible to those in remote corners of the country once they have access to the basic electronic setup.

Courts can mandate filings and register of pleadings or applications in electronic form.  Based on the written submissions filed, the Judge can pass speaking orders that are published or issue notices that can be communicated electronically to all parties involved.

Full trials can also be conducted remotely, with evidence by way of affidavits being filed electronically, and documents marked and cross-examination undertaken through video conferencing or by local commissioners conducting the same from remote locations. A live web-streaming of oral arguments would adequately preserve and extend the "public forum" characteristic of the Indian court system.

The pandemic has forced us to rethink the way we work and interact with others, and the change is apparent in the Indian judicial system as well. The courts have taken appropriate measures to handle the rapidly changing environment and have done a remarkably good job thinking on their feet. There remain several other steps that can be taken to increase the efficiency of the courts.

Alternative dispute settlement mechanisms such as mediation should be resorted to more enthusiastically to solve cases related to family disputes, tenancy, employment, deferment of loans, and the interest chargeable. Cases must be decided on the foundation of the consent of parties so that the number of appeals comes down drastically.

Legislations such as the Indian Contract Act, Indian Evidence Act, Disaster Management Act, and Epidemics Act, as well as the various Intellectual Property Rights laws and labor laws, need to be examined and amended in order to cope with the changing economic and legal framework.

The virtual court system will save advocates, judges, and litigants the time, money, and effort spent on traveling long distances to various courts and can result in increased productivity. Increased predictability and transparency in costs, timelines, and outcomes will make dispute resolution more economically viable.

An environmentally positive side effect of digitization of courts would be the rise of online documentation and record keeping to replace the mountains of paper that courts are accustomed to.

Increased public participation through live links, especially in matters of national interest and importance, will bring transparency and increase public faith in this institution. Reduced demand for physical infrastructure and optimal utilization of resources will have positive effects on the environment.

While digitization is exciting, it comes with several concerns that must be addressed, such as privacy, digital security, availability, accessibility, and user-friendliness of infrastructure. Judges, advocates, law clerks, court officers, litigants, and other stakeholders in the legal system need training so that they can use the e-services to their advantage.

The endeavour  is to ensure that courts remain easily available to intervene and ensure justice when required despite their limited functioning. The safety and security of all stakeholders during the pandemic is crucial.

While the courts are doing their best to answer the questions raised by the lockdown because of COVID-19, the efforts must not stop here. It is aptly said that one must never waste a crisis: the learnings picked up in its duration will hold us in good stead. Digitization of the judiciary is a pressing need now more than ever before, and the courts must endeavour to make e-courts an accessible reality for all.

2. ‘Padmaja Kaul, Varun Khanna & Aman Chaudhary, The trial of technology in litigation: COVID and beyond, BAR AND BENCH, https://www.barandbench.com/columns/the-trial-of-technology-in-litigation-covid-and-beyond.

3. Lalit Bhasin, Covid-19: What it means for courts and businesses, HINDUSTAN TIMES, https://www.hindustantimes.com/analysis/covid-19-what-it-means-for-courts-and-businesses/story-vd0EbbVOFOkSKhUSbDiheP.html.

Tanvi Chaturvedi is a fifth-year student of the B.A.LL.B (Hons.) course at Symbiosis Law School, Pune. An environmentalist at heart, she finds music and art meditative.