Exceptions To Copyright Infringement: Sweat Of Brow, Modicum Of Creativity, Fair Use And Fair Dealing

Exceptions To Copyright Infringement: Sweat Of Brow, Modicum Of Creativity, Fair Use And Fair Dealing 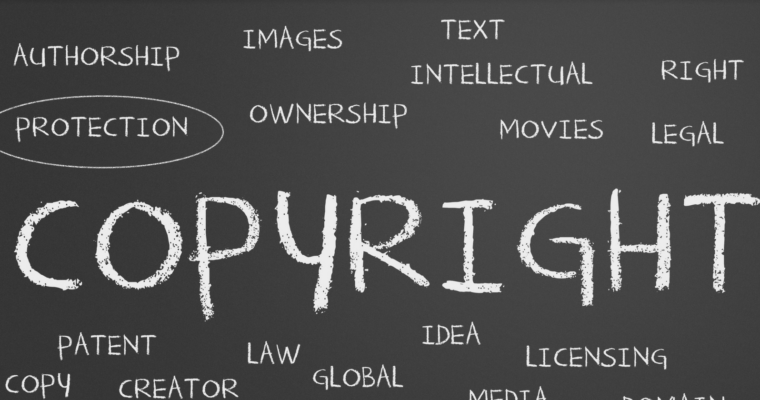 Copyright is an exclusive bundle of rights given to the author of a literary work. This allows the author to publish his work, transform it from one medium to another, and license his rights to others. If any other person uses the copyrighted material to his advantage without the express consent of the author, he would be liable for infringement. However, in certain situations, acts that would technically amount to infringement are permitted in the light of external considerations. This article explores concepts that provide this defence.

Copyright is given to authors in recognition of their creative thinking. Originality is hence central to the ownership of copyright. However, the concept is not as lucid as it may seem and has been interpreted in several ways.

Copyright protects the expression of an idea and not the idea itself. Hence, in the context of copyright, originality is also not necessarily that of inventive thoughts or ideas, but of their expression. However, considering that copyright is meant to reward creative minds, there exists a divide as to the amount of creativity that is needed to go into a work in order to make it worthy of copyright.

One view is that originality is to be evaluated in the independent skill of expression, creative labour, and judgment of the author, regardless of the novelty of the final creation. This is the main idea behind the doctrine of sweat of the brow, which credits a work to an author as long as he has toiled over it in some way.

For example, in University of London Press Ltd v. University Tutorial Press Ltd,[1] it was held only that the work should not be copied and must have originated from the author. It need not necessarily be novel in nature. Originality need not be seen in original or inventive thought or ideas, but in expression of such in print or writing.

In U & R Tax Services Ltd. v. H & R Block Canada Inc.,[2] it was held that a work must be “original” in order to be afforded copyright, and that industriousness or “sweat of the brow” as opposed to creativity was sufficient to render such originality.

The other perspective is that mere labour that results in no innovation does not meet the standard of originality. Even if the standard of creativity is not too high, some basic level of imagination must be used. This means that mechanical arrangements of pre-existing material, even if not per se copied, would not qualify as being original.

Without this minimum level of creativity to enthuse a literary work, it would be a mere reproduction of another and would have no uniqueness or special qualities. Its existence could well be argued to be in infringement of the others like it that came before it. As a corollary, the author of such work would be barred from claiming that the reproductions that came after his work were infringing it.

In Key Publications Inc v. Chinatown Today Publishing Enterprises,[3] it was held that in case of collection and assembly of pre-existing data, the work that resulted from selection, coordination or arrangement of data was original.[4] The United States Court of Appeal in this case added that some amount of creativity was required. Addition of certain material, arranging and presenting it in one’s own style, and making it more user friendly would require the modicum of creativity that would entail originality.

The most often cited example of the clash between the two ideologies above is that of the now-outdated phonebook. A phonebook or telephone directory is a collection of contact details of various persons, businesses and other entities within a certain area. The question is whether the author of an ordinary phonebook is worthy of receiving copyrights for his “originality”.

Proponents of the sweat of brow doctrine would say yes. The labour, time and capital invested in collection of data for the phonebook is, to them, sufficient to earn copyright protection. The phone directory would be original in the sense that it was not copied from another person’s work.[5]

However, creativity supporters would counter that copyright law protects creations, not mere productions, and ordinary phonebooks are produced, not created. They argue that making an alphabetically arranged directory is a mechanical task requiring no creativity, and hence is underserving of copyright protection.[6]

Modicum of Creativity: The Modern Solution?

The problem with compilations of fact is that the contents of each will materially be the same. Take the case of newspaper reports covering a cricket match. Information as to the happenings in the match will be the same regardless of which newspaper it is published in. Since these are facts based on events that actually took place, there is negligible scope for creativity in the contents. Nonetheless, the structure, arrangement, orientation, layout and other aspects of the presentation of such information can differ vastly, and it is here that copyright protection may be afforded.

In the landmark case of Feist Publications Inc. v Rural Telephone Service Co. Inc.,[7] it was held that no one can claim originality to facts: the first person to find and report a fact has merely discovered its existence. The court held that facts like names, addresses etc are not copyrightable, but compilations of facts are copyrightable.

However, the court stated that factual compilations may possess the requisite originality. The author needs to choose which facts to include, what order to place them in, how to arrange the collected data for the most effective reading, and so on. These choices, so long as made independently by the person compiling the information, would involve a minimum degree of creativity. Hence, if for example the author of the compilation chooses to state the facts using an original selection of words, he or she may claim copyright in such expression of the facts.

This case hence effectively debunked the doctrine of sweat of brow and brought in the mandate of a bare minimum of creativity exercised by the author, without which the bar for originality would not be crossed.

Section 13(1) of the Indian Copyright Act, 1957 states that copyright subsists in “original literary, dramatic, musical and artistic works.” However, the Act does not provide any definition or test to determine originality of a work, presumably due to its variable nature.  This leaves the court with the duty to determine the amount of originality required for a work to claim copyright protection on a case-to-case basis.[8]

Indian courts also initially valued labour, skill and capital irrespective of creativity. The requirement laid down in Macmillan v. Cooper,[9] was that the final product should have some quality or character which the raw material did not possess. In Burlington Home Shopping v. Rajnish Chibber,[10] it was held that a compilation may be considered a copyrightable work since there was devotion of time, labour and skill in creating it. In Mishra Bandhu v. Shivratan,[11]  court held that neither original thought nor original research were necessary for claiming copyright, and even compilations such as dictionaries, gazettes, maps, arithmetic, almanacs, encyclopaedias etc. were capable of having copyright.

These judgements were delivered in the era where sweat of brow was widely accepted as the a qualification for originality. Over time, Indian courts too shifted preference to the modicum of creativity rule.

In the landmark case of Eastern Book Company v. D.B. Modak,[12] the court criticised and rejected the doctrine of sweat of brow. The court pointed out that it contained numerous flaws as it effectively extended copyright protection to the facts themselves, undesirably beyond the compiler’s selection, arrangement and original contribution. Any person subsequently compiling the same factual material would have to work on it all over again without repeating parts of the earlier published work. This violated the principle that facts and ideas cannot be copyrighted.

With regard to events such as natural phenomena, the courts have agreed that no copyright would exist in facts or events which actually take place, as held in Indian Express Newspaper (Bombay) Pvt Ltd v. Jagmohan.[13] This allows other to use the same facts, apply a modicum of creativity to their presentation and arrangement, and claim copyright over the final product.

Compilers of factual material were hence given the liberty to use essentially the same contents as another’s work under the above doctrines. Similarly, one’s copyrighted work can also be used by someone else without infringement using the following defences.

Fair Use and Fair Dealing

The term fair use originated in the United States. A similar principle, fair dealing, exists in some other common law jurisdictions. Civil law jurisdictions have other limitations and exceptions to copyright.

Fair use is a doctrine that allows restricted use of copyrighted material without acquiring permission from the right holder. It acts as a limitation and exception to the exclusive right granted by copyright law to the author of a creative work. Examples of fair use include commentary, criticism, news reporting, research, teaching, library archiving and scholarship. It allows legal, non-licensed citation or incorporation of copyrighted material in another author's work under a four-factor balancing test: [14]

The Berne three-step test was first applied to the exclusive right of reproduction via Article 9(2) of the Berne Convention for the Protection of Literary and Artistic Works in 1967. Since then, it has been transplanted and extended into the TRIPS Agreement, the WIPO Copyright Treaty, the EU Copyright Directive and the WIPO Performances and Phonograms Treaty.

The test is included in Article 13 of TRIPS. It reads that:

“Members shall confine limitations and exceptions to exclusive rights to certain special cases which do not conflict with a normal exploitation of the work and do not unreasonably prejudice the legitimate interests of the rights holder.” [15]

Thus, the test states that exclusions can be made only if:

In Indian law, Section 52 of the Copyright Act, 1957, expressly permits certain uses of copyright which would otherwise amount to infringement. The provision is based on the fair use doctrine and allows some unauthorised copying of a copyrighted work without considering the copier as an infringer. It permits activities such as private use of a work for research, criticism or review, the reporting of events in a newspaper, use for judicial purposes and use by the legislature.

As the term “fair use” has not been defined anywhere, the test is to understand whether its use is likely to harm the potential market or the value of copyrighted work. This doctrine has come into the limelight in the landmark cases of Chancellor, Masters & Scholars of University of Oxford v. Rameshwari Photocopy Services,[16] and Independent News Services Pvt. Ltd v. Yashraj Films Private Limited & Super Cassettes Industries Ltd.[17]

While copyright over a literary work grants its owner the right to exploit it to the exclusion of all others, the law and courts recognise instances that amount to exceptions to this rule. The doctrine of the sweat of the brow, and concepts of a modicum of creativity, fair use and fair dealing facilitate such use considering circumstances surrounding the alleged infringement.

This allows copyright infringement to be treated on a case-to-case basis, ensuring that the matter is dealt with sensitivity and the problem is given a customised solution. The courts also recognise that sometimes the copyright holder must yield for the benefit to the public at large. They hence perform the delicate Act of balancing copyright with the public interest.

About the author :Tanvi Chaturvedi is a fifth-year student of the B.A.LL.B (Hons.) course at Symbiosis Law School, Pune. An environmentalist at heart, she finds music and art meditative.