Have The Global Bodies Become Redundant In The Light Of Their Spectacular Failure In Containing The Spread Of Covid? [Focus On WHO]

Have The Global Bodies Become Redundant In The Light Of Their Spectacular Failure In Containing The Spread Of Covid? [Focus On WHO] 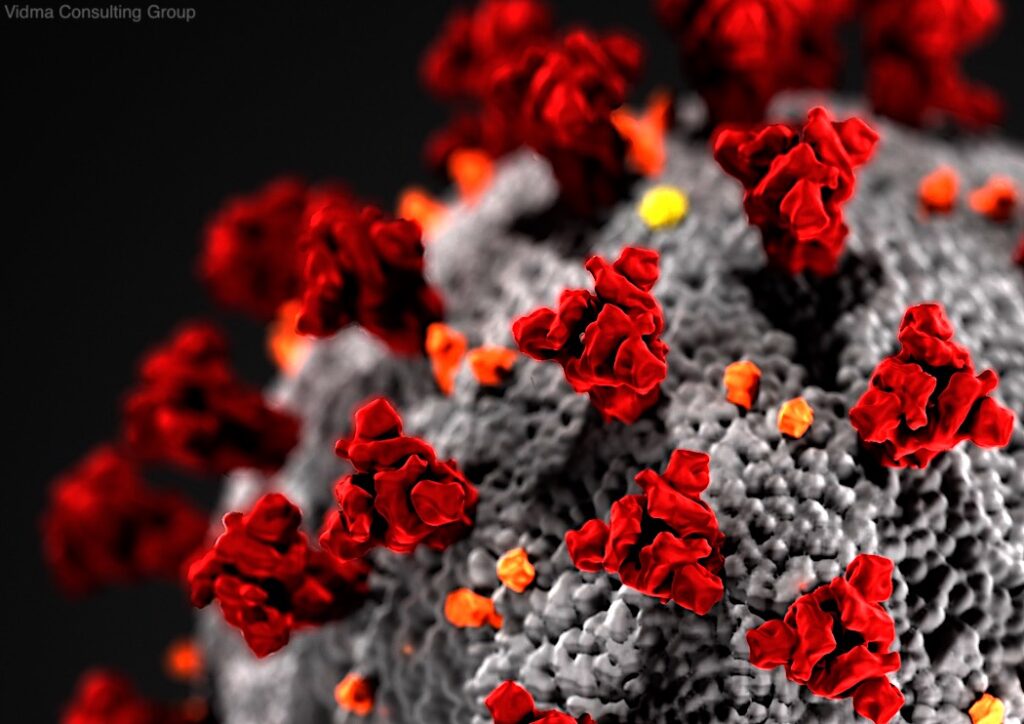 Post the second world war, there was a consensus that all countries must work together to achieve equitable development on a global scale. The world became conscious of the need for a paradigm shift to international cooperation and transparency for a more peaceful future. This new understanding led to the rise of globalization and made the world interdependent. With the growth of Global governance, there was a parallel escalation of the Global Health governance to improve public wellbeing at large. The World Health Organisation (WHO) became the centrepiece of the Global Health governance as the most recognized and influential body in his regard. Over the years the WHO worked on maintaining public health, assisted governments to keep a check on the spread of infectious diseases, improve their healthcare systems etc. However, in 2003 the SARS outbreak underscored the inefficiency of Global Health Governance. The outbreak spurred WHO into action to formulate measures to fight epidemics.

In the wake of the Covid-19 pandemic, international bodies, especially WHO have been criticized by many. The WHO had a lackadaisical attitude toward the impending epidemic. Due to this, U.S president, Donald Trump, criticized WHO for its inadequate response. Japan’s deputy prime minister, Taro Aso, also questioned the lack of preparedness and inadequate evaluation of the WHO.  The failure of WHO to disseminate appropriate information about the pandemic costed many lives globally.

The main objective of WHO is to protect public health and help eradicate epidemics but it failed at accomplishing its main task of preventing this virus from spreading and affecting millions of people. The main allegation against WHO is that it compromised on its principal of neutrality as an international organisation by displaying leniency towards China. This acted as an obstruction in the early detection and control of the virus. During the early stages of the pandemic, International bodies also failed to heed to the warnings given by Taiwan, since again, on China’s insistence, they do not recognize it as an independent member. However, WHO not only ignored the early warnings but also did not conduct any independent research on the matter. Its official stance remained close to China’s version. WHO even supported China’s claim that the virus spreads from animals to humans and there is no human to human spread. This misinformation reduced the severity of the situation in the eyes of many world leaders, who, trusting the WHO, did not take the matter seriously. Furthermore, WHO neither questioned any of the reports it received nor acted diligently in understanding and explaining the gravity of the Coronavirus. Its lack of foresight was apparent when it did not declare Covid-19 as a Public Health Emergency of International Concern (PHEIC) in January 2020.

The effect of the pandemic, however, is not limited to the health aspect only. It has permeated into other socio-economic spheres of life, such as trade, occupation, agriculture, etc. Therefore, the failure of global health governance in curbing this pandemic early on also drastically affected the global economy. The WHO could have substantially reduced this effect, had it pushed China to be more transparent and proactive in its reports. China was able to use its strong position in international organizations to shrink away from its responsibility during the virus outbreak without facing consequences. This exposed a big weakness of WHO.

DRAWBACKS OF THE GLOBAL HEALTH REGIME

It did not come as a surprise to many that Global bodies such as WHO, were not able to stop the spread of the Coronavirus. International systems have various drawbacks, and the main one is their lack of funding. International organizations such as WHO largely get funded by their member states. WHO and other similar organizations have various developing nations as their members, which means that they heavily support agendas to bridge the gap between the developed and developing nations. However, most developed nations do not support these causes or make contributions as they do not see any tangible benefit for themselves. Due to this most of the funding for WHO comes from the World Bank. Most nations make donations voluntarily based on their need or for certain projects only. By 2000s, 80 % of the WHO’s budget depended on its donors.

This dependence of the WHO on its member nations is a problem since the body can no longer work in a purely autonomous way. It will always tend to have a bias for its major budget contributors. This is perhaps why none of the global bodies questioned China in the wake of the Coronavirus. It is one of the five permanent members of the UN’s Security Council and one of the biggest contributors to WHO. It has an increasingly important role in international organizations and thus, able to influence these bodies.

Furthermore, International Organisations wrongly assumed that outbreaks of diseases were mostly limited to developing or underdeveloped nations. Since these nations have poor sanitation and improper healthcare systems, it was presumed that they were the more likely breeding grounds for infections and diseases. This assumption of the global bodies turned out to be disastrous. They did not monitor other nations and their varied conditions. So, when the Coronavirus broke out in China, there was no international surveillance to be able to identify the virus early on.

Another drawback of international bodies is that they work mainly through state cooperation. This means that the organizations work mostly as advisory organs through domestic governments and institutions. However, it is the government of the country that has to take the actual steps to improve healthcare, etc. Therefore, WHO intervenes when there is a need for immediate action, but it does not work to improve the basic healthcare framework or institutions of a particular country. Because of this, most developing countries lack the basic infrastructure to deal with a pandemic, especially as extreme as the Covid-19 pandemic.

The advent of Coronavirus Disease of 2019 or COVID-19 brought out an unusual impediment in front of the international bodies. The virus has spread wide and fast, infecting thousands per day. Unlike most viruses, it is also spread by patients showing mild or no symptoms, which makes it harder to track and control. Due to this, the effect of Covid-19 has been widespread and extremely dire in nature. Article 2 of the Constitution of the WHO lays down the functions of the WHO and on assessing the present situation, there is no doubt that it has failed to execute some of these duties. This has led many to question the very need for international organizations such as WHO, when they have failed at living up to their objectives.

Most international organizations survive on international cooperation and collaboration. However, the COVID pandemic has made it clear that these organizations are not able to ensure absolute cooperation and collaboration amongst nations. The main example of this comes from the aftermath of the SARS outbreak, which also originated in China. It had also seen a delay in reporting, and the WHO had warned China of the consequence of such delays. Following this, China had agreed to work towards bettering the situation and had also committed to it by adding this in its laws. However, when cases of Coronavirus started appearing, the Chinese government still did not report this and even tried to hide crucial information. Therefore, international bodies could not make China cooperate or increase transparency in its actions or stop the spread of the virus by conduction independent research. This clearly points to the fact that global bodies lack the grit, resolution, resources and mechanisms to fulfil their objectives.

However, deeming these global bodies and organizations to be redundant or superfluous isn’t fair either. The multilateral system works on compromise and none of the international bodies can be expected to achieve their goals without having flaws. Setting such a standard for global bodies is unrealistic and more likely a utopian dream. Therefore, while the current international system has its loopholes, eliminating these bodies altogether will leave behind a lacuna which might make such a situation even worse. In the absence of international bodies, global coordination will prove to be much more difficult. Today’s society faces issues such as the Climate Change crisis, Globalization of Trade, International security etc, which require global cooperation now, more than before.  Afterall, even though their response was slow, they still undertook crucial steps to educate the world about the virus. WHO took notice of the virus and released an advisory on dealing with the virus in early January 2020. Since it realized the seriousness of the virus, it has been constantly warning countries and declared Covid-19 a global public health emergency. WHO did show a slight delay in declaring this, but this was because they did not wish to create mass hysteria and fear amongst people, based on half-baked knowledge, as had been the case during the Ebola outbreak.

Further importance of the international bodies lies in the fact that the world will always need a body of experts and specialists to give reliable and homogenous information during an emergency, which everyone can follow. We cannot deny the way WHO and other bodies have undertaken efforts to streamline research work during this pandemic. They have been able to help collaborate efforts of all countries to work towards funding and finding a cure for the virus. Without such a body, each country would be expected to do independent research, which would prove to be time-consuming and potentially fatal for many.

No system is perfect, but we don’t discard the entire system. The approach is to make the system better rather than scrapping the established set up. Creating a new system may also result in a similar situation, fraught with bureaucratic and diplomatic hurdles. It will also act as an economic burden for its member nations.  It is more prudent to trust the existing bodies since they have managed to pass the test of time. However, profound structural changes must be made in global bodies. It is important to create more autonomous bodies who can work in a truly global manner and are immune to prejudices and political pressure from member countries. Funding of global bodies also needs to be done in a manner that gives these bodies more independence. Lastly, a system of checks and balances needs to be strengthened against these global bodies. Their activities must be monitored strictly, and they should be held accountable for all their follies and mishaps. Therefore, the way forward is, through mending the loopholes in the existing global bodies and working together for better preparedness in the future.

Tuhina Sahai is a 5th Year Student at Symbiosis Law School, Pune. Tuhina is an amiable person who enjoys meeting people and making friends. An adventure-loving person but also enjoys her time indoors with books. She is also quite keen on planning tasks which she accomplishes by making her daily to-do list.