In the last three decades of SEBI’S existence, there have barely been any convictions for insider trading in India. Does it indicate that stringent laws are required including augmenting the element of criminal liability to the existing laws?

In the last three decades of SEBI’S existence, there have barely been any convictions for insider trading in India. Does it indicate that stringent laws are required including augmenting the element of criminal liability to the existing laws? 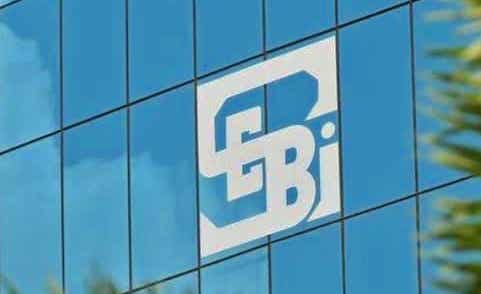 With the emergence of Capital Markets in the late 1970s, the government realized that several malpractices had also surfaced which aimed at exploiting the loopholes of the market. This realization led the government to introduce a body to help regulate the market and keep malpractices at bay. In 1992, the Securities and Exchange Board of India (SEBI) was established under the provisions of the Securities and Exchange Board of India Act, 1992. SEBI is the body that regulates securities and commodity markets in India. According to SEBI Act's preamble, its basic function is "to protect the interests of investors in securities and to promote the development of, and to regulate the securities market and for matters connected therewith or incidental thereto". [i]

SEBI deals with curbing activities that harm the open market and thus, has prohibited the practice of Insider trading. Insider trading is malpractice where a person who has access to confidential information relating to the company, uses it to make investments and thus, profit. For instance, if an insider, such as a key employee or executive, knows strategic information about the company and use the same for trading in the company's stocks or securities.

The rationale behind banning Insider trading is that such an act would breach the trust that the company and shareholders have in its employees. It is an unjust practice because the insider is privileged to information according to which they can decide to buy or sell stocks of a company. It, thus, puts all other stockholders at a disadvantaged position.

Therefore, SEBI must keep a check at this practice. SEBI (Insider Trading) Regulation, 1992 framed under Section 11 of the SEBI Act, 1992, prohibits and prevents insider trading in Securities. Over the years, the government has tried to evolved the laws related to insider trading and introduce various guidelines and amendments to the laws. However, even with a legal framework in place, India has often been criticized for not being able to curb the practice of insider trading efficiently.

In April 2020, the market regulator, Securities, and Exchange Board of India (SEBI) convicted two people of, among other things, violating insider trading norms. In its investigations, SEBI found that Arvind Babulal Goyal and Pooja Arvind Goyal were committing insider trading in a company called Incap Financial Services[ii]. This was one of the first convictions by SEBI concerning the practice of Insider Trading.

Identifying insider trading proves to be tricky. Most people undertaking this practice are cautious and do not leave behind obvious clues that can be detected by SEBI. Thus, even in order to start an investigation, regulators have to trace the economic activities of people. The collection of evidence proves to be a further obstacle in this case[iii]. If there is no whistleblower or informant to give precise information, finding evidence is often challenging and time taking.

Lack of conviction by SEBI can be contributed to the following factors:-

As it is, SEBI found it difficult to collect evidence, but till very recently, it did not have the basic investigative tools such as the power to call upon a person's phone records. This power was given to SEBI in 2013 when a huge Ponzi scheme called, Sharada scam was unearthed. The scam resulted in the Indian government urgently passing the Securities Laws (Amendment) Second Ordinance, 2013, which permitted SEBI to call for the phone records of persons under investigation[iv]. Without having the basic power to looks at people's phone records, the regulators have to analyze their trade patterns on the stock market and track their activities. Many offenders still found a way out of this by trading in the name of dummy companies. However, the new amendment allows SEBI to use this power as long as it can justify that such records were used for genuine investigation.

Presently SEBI lacks the power to wiretap any phone calls. India finds this to be controversial and the Indian Telegraph Act, 1885 governs wiretapping. However, these practices are often used in other countries to control insider trading. For instance, in USA, wiretapping phones is allowed to obtain evidence against insider trading suspects for the  investigation and successful conviction.

Currently, SEBI simply lacks the human resource that is required by it for proper investigations. It is estimated that in India, there is one employee for every six companies listed on the Indian exchange. In comparison, the U.S. Securities and Exchange Commission which has one employee for each company. This shows that we have a deficiency of investigators who can devote their entire time to thorough research and analysis.

While it is true that SEBI lacks certain necessities for conducting investigations, a review of its cases brings to the fore the under-utilization of its resources. For instance, SEBI has the power to levy a penalty of up to Rs. 25,00,00,000 or three times the amount of profits made, whichever is higher, under Section 15G of the SEBI Act. However, in practice, the highest penalty that has been levied is Rs. 60,00,000. Further, SEBI has also never utilized the power to petition before a criminal court and institute criminal proceedings against a person. By doing this, SEBI could demand the imprisonment of people who are convicted. However, even in controversial and big cases, this power has never been used.

WAYS IN WHICH SEBI CAN IMPROVE

SEBI has not been successful in dealing with insider trading. It takes a long time to conclude all of its investigations. Even if athe person is convicted the punishment and penalty are so low that the regulations have lost its effects. To understand the situation in India, we must compare its insider trading laws with that of other countries.

Comparison of insider trading laws from other jurisdictions

The United States has historically been the world leader in insider trading law. The U.S. Supreme Court in 1909 established that because a company's director could affect the value of his company's shares, he can manipulate the market by selling his shares at the sign of distress while keeping the other buyers in the dark. This would be deceitful and therefore, fraudulent[v]. The USA has a robust legal framework to deal with insider trading. It passed the Securities Act of 1933 and the Securities and Exchange Act of 1934, to prevent insider trading. Further, the Securities and Exchange Commission in the USA is the most active of all the world's financial regulatory institutions at prosecuting insider trading. From 2001 to 2005, the United States brought 271 enforcement actions.[vi]

Penalties against a person found to be doing insider trading is a maximum of 20 years in prison and a fine of $5 million. In addition, those convicted of insider trading can face civil penalty fines, which can be up to three times the profit gained or loss avoided as a result of an unlawful purchase.

In the U.K., an insider is any person who has inside information. They define 'inside' information as "information that is not generally available and that a reasonable investor would use to help them make investment decisions". Therefore, the information must be material. The Financial Services Authority (FSA) is the body that regulates securities trading in U.K. Even though insider trading had been prohibited since 1980, U.K. too was criticized for its lack of convictions and slow enforcement. In 2000, the Financial Services and Markets Act was passed, which laid down stricter and more specific guidelines.

The punishment for insider trading or any kind of market abuse is a maximum of seven years imprisonment or an unlimited fine. On top of these penalties, a wider range of civil penalties could be imposed.

In comparison, India has been slightly slower in its approach to insider trading. For instance, SEBI took over 17 years to add relatives and other persons who have relevant information, in the definition of 'insider'. To date, India has not made a single criminal conviction in insider trading cases. This is largely because India allows a compounding offence process which allows violators of insider trading to pay fines instead of going through the criminal proceedings.

How can India Improve?

Many have criticized SEBI for not utilizing its powers well enough to deal with insider trading in India. The main critique stems from the lack of criminal proceedings against those who violate insider trading norms. Section 24 of the SEBI Act states that if any person contravenes or attempts to contravene or abets the contravention of the provisions of the SEBI Act or any rules or regulations made thereunder, he can be punishable with imprisonment for a term which may extend to ten years, or with fine, which may extend to twenty-five crore rupees or with both. When this section is read with Regulation 3 of the Insider Trading Regulation, it makes insider trading a criminal offence. The imprisonment period in India is half of what the USA prescribes, but more than that of U.K.

However, along with these SEBI also needs to evolve other policies. For example, a person is liable as a connected person only if he has been a connected person for six months prior to the act of insider trading. However, there is no such requirement in other jurisdictions such as U.K. By virtue of this time fixed period, people can easily circumvent the law.

Furthermore, In India, SEBI is limited to regulating and dealing with listed companies. It must widen its scope and include unlisted companies under its purview too.

In conclusion, SEBI is continuously evolving its rules and regulations. Thus, a slow yet steady change can be seen in limiting insider trading. In 2019 SEBI also introduced a mechanism to reward whistleblowers and other informants for sharing information about insider trading cases[vii]. These changes illustrate the in recent years many new provisions have been initiated, now it is time to of the proper execution and implementation of the same.

About the author: Tuhina Sahai is a 5th Year Student at Symbiosis Law School, Pune. Tuhina is an amiable person who enjoys meeting people and making friends. An adventure-loving person but also enjoys her time indoors with books. She is also quite keen on planning tasks which she accomplishes by making her daily to-do list.