LEGAL IMPEDIMENTS IN THE DIGITAL SPACE: ASPECTS SUCH AS DIGITAL CONTRACT, DIGITAL SIGNATURE AND OTHER ISSUES

LEGAL IMPEDIMENTS IN THE DIGITAL SPACE: ASPECTS SUCH AS DIGITAL CONTRACT, DIGITAL SIGNATURE AND OTHER ISSUES 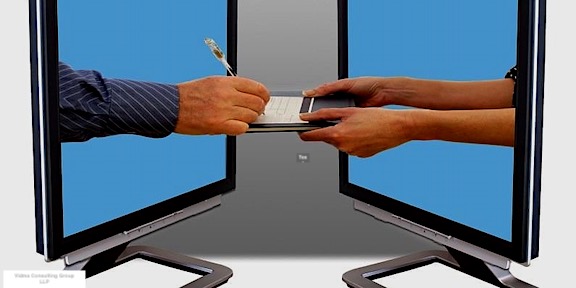 In the legal field, the digital space has given birth to plenty of electronic agreements between several overseas businesses. However, some issues occur in the execution of such e-agreements. These issues could be with regards to the mental state of the party and his competence to enter into a contract. Since e- contracts take place online, it becomes difficult for the parties to determine whether such e-contracts would be enforceable or voidable.

Though this digital space gives way for the development of technology, it also carries with it several impediments in digital contracts, digital signatures and other legal issues.

There are certain ways to curb these legal impediments which can ensure the parties do not suffer when they enter into such agreements.

This electronic mark could amount to a digital signature which completes the agreement making it a contract.

Such electronic contracts are like a Terms and Conditions agreement where the client clicks the option of “I agree” to enforce the agreement.

Offer and acceptance are two important factors which ensure the execution of a contract. A contract is executed when the one party accepts the offer made by the other party. Therefore, to ascertain whether an online contract is valid, one must determine the origination and communication of such offer.

Section 10-A of the Act expressly lays down that electronic contracts are valid and enforceable. Executing parties can also store such agreements in electronic form. They would be considered as an electronic record under the Act.

Both digital contracts and e-signatures are recognised under this Act. Section 5 of the Act, deals with legal recognition on digital signatures, making it binding and valid.

With the growing change in technology, a need for introducing new laws was necessary. These agreements which could be entered into electronically could be carried out through different modes of communication. Some modes are via email, fax or the Internet.

A valid e-contract entered into between two parties must be governed based on the provisions prescribed in the Act. The contract must be entered with free consent and for lawful consideration.

In Clickwrap agreements where the user clicks the “I Agree” option with regards to the Terms and Conditions would be bound by that contract. This is because the user was made an offer, and by clicking the “I Agree” option, he agrees to the agreement, which then becomes a binding contract. Such person shall be then obligated under that contract and such contract would be held as a valid one.  The contract shall obligate such person, and the law considers such contract as valid.

The courts in India recognise electronic contracts as evidence under the Evidence Act. The Act states that e-agreements have the same effect as any paper-based agreement and are also legally valid.

The definition of evidence includes electronic records which shall be admissible as evidence in the court of law. Section 65-A recognises the evidentiary value of digital contracts. Also, the procedure to furnish such contracts as evidence is provided under Section 65-B of the Act.

The opinion of the Certifying Authority, which issues the Electronic Signature must be taken into consideration by the court as a relevant fact. This must be done when the court has to form an opinion of an electronic signature and its validity.

The intention of the parties and the various steps required to ensure the agreement becomes a valid contract is necessary to be taken into consideration. Such electronic agreements must, therefore, comply with the provisions of the Contract Act, 1972 to amount to a legally enforceable contract.

When either party agrees, the key factor to be considered is the capacity of the parties. According to the Contract Act, a person of unsound mind, a minor, lunatic, or an intoxicated person is incompetent to enter into a contract.

One important issue in executing online contracts is that the competence of either party is mostly always unknown to the other party. Since the parties are not physically present in the process of an online contract, it becomes difficult to ascertain whether they are competent or not.

Today, many minors pose as adults on the Internet and enter into online contracts from anywhere in the world.

In order to curb this wrongfulness, the law must provide for some verification process with regards to their age to determine competence.

The parties should be allowed to include a clause where they shall be barred from repudiating the contract to determine competence. This clause would make the certain parties bound by the contract and be obligated not to raise any objection in the later stages of the contract. A minor however, if enters into such contract, would make the contract void or invalid.

In cases of lack of consent, a contract can be unenforceable either due to mistake, misrepresentation or fraud. A mistake could be a mistake of law and mistake of fact. A mistake of law does not amount to a valid excuse to avoid contractual obligations. The only exception would be the mistake of foreign law. The issue that arises is that many trans-border transactions take place online. However, the parties are not entirely acquainted with the laws of both countries. It, therefore, raises important questions as to the enforceability of the contract.

Another issue which could arise is the determination of the rights and liabilities of the buyer and seller. For instance, a buyer contracts to buy goods from the seller wherein such goods are prohibited in the buyer’s country. In such cases, a serious concern as to mistake of law occurs.

A mistake of fact is very high in online transactions as well as in the complexities involved in those contracts. In the mistake of facts, “absence of consent” plea can be made available to the parties.

Apart from the mistake, a contract can also be avoided on the grounds of misrepresentation. In a brick and mortar store, the buyer can physically ensure the quality of a product and would make the seller liable for any defects in the product. However, in online purchases, the buyer stands at a disadvantage towards ensuring the quality of the product. Therefore, innocent and fraudulent misrepresentation come into picture in an online transaction.

Click-wrap agreements are those where the Terms and Conditions of a particular agreement must be visible on the website. Once the user clicks on the “I Agree” button, it is deemed that he has read the agreement and has accepted the offer.

The Terms and Conditions on the website must be conspicuously visible to the user. If such user is not given a chance to read them reasonably, then the terms are not binding on the user.

For an online contract to be a valid one, all the essential ingredients must be present. An online contract is as valid as a traditional one. There are certain advantages which arise from online contracts as compared to traditional contracts. They are faster, more efficient and can reach cross-borders without the physical presence of both parties. It is easier and convenient, and with proper certainty, it can be executed.

If the essential ingredients of the contract are fulfilled, then these online contracts can be seen more in e-commerce transactions. To ensure that the e-commerce flourishes, the formation of the online contract is extremely crucial before any online transaction is finalised. The terms and conditions must be visible to the other party. They must be made in a proper manner without any misrepresentation or fraud. Therefore, all the necessary statutory provisions must also be observed and complied with.

Once the parties have complied with the relevant applicable laws, online contracts provide diverse opportunities for any e-commerce business. Therefore, such digital contracts act as a key influence to uplift the future of e-commerce.

About the author: Sameera Singal is currently an undergraduate student pursuing law at Symbiosis Law School, Pune. She is pursuing a BBA LLB (Hons.) dual degree and have presently finished with her 4th year of law school. She has a keen interest in Corporate Law and look forward to a career in the same. She wish to build a constructive impact on society by contributing to the legal system of our country in every possible way.