Need for Liberalisation of the Indian Legal Market

Need for Liberalisation of the Indian Legal Market 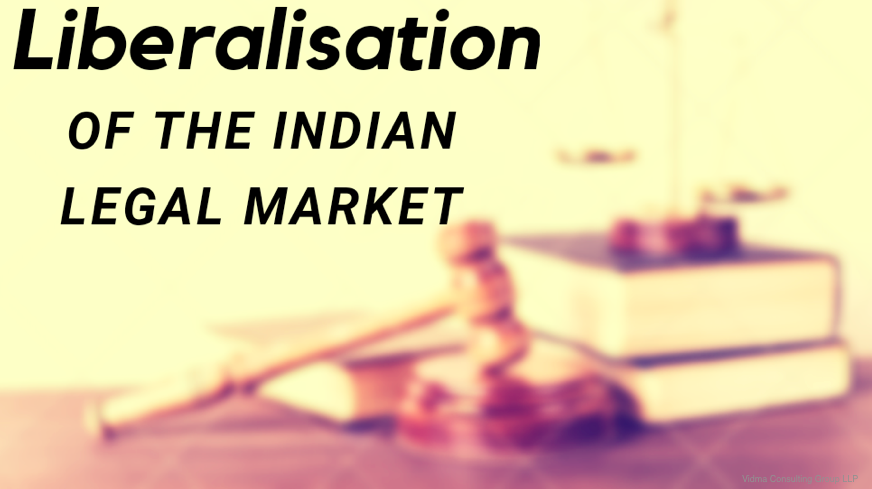 Globalisation and the opening of the domestic economies by the respective countries have been one of the greatest phenomena of the last few decades. The inclusion of foreign players in the domestic economies has led to a significant economic boost, especially for developing countries. In the year 1990, India, as part of its substantial economic reforms, has opened up its domestic market and liberalised trade practices in the country. Since then, the Indian economy has grown sharply, and a major contributor to this has been the service industry. In view of this, it is fascinating to observe that the Indian legal services market is still a well-regulated market and has refused to accept the changes brought in by liberalisation and globalisation.

The Bar Council of India (BCI) has been reluctant in opening the Indian legal market to international law firms to protect the Indian legal professionals. They fear that it will hamper the prospects of Indian lawyers as they may not be able to compete with the specialised services that would be provided by the foreign firms. However, the demand for India’s legal market has been growing strongly with many foreign and multinational companies investing in India and many Indian companies entering into cross-border transactions with foreign companies. This has put constant pressure on the Indian authorities to open the legal market to international law firms.

2.1  General Agreement on Trade in Services:

India being a member of WTO and a signatory to the General Agreement on Trade in Services (GATS) is under an obligation to liberalise and open its service sector to member countries. Consequently, the legal profession is also taken to be one of the services included under GATS.

3  Need for Liberalisation of Indian legal market – Advantages and disadvantages

Historically, liberalisation and globalisation have been extremely beneficial for the Indian economy. Thus there exists a strong case for reciprocating the same in the legal service market as well.

3.1 Advantages of opening a legal market to International law firms

To implement liberalisation in the Indian legal market, it is important to first try and put the Indian firms on an equal footing with their foreign counterparts to reduce any                 competitive disadvantage between the two. For this, a two-fold approach is required to be adopted according to the author. The first approach provides for opening of                 the legal market for foreign firms in a phased manner, and the second approach deals with the steps to upgrade the practice by Indian firms.

The Indian Legal Markets can be opened in a three-phase manner:

There are various recommendations for Indian legal practitioners to better compete with International law firms.

India, unlike other common law countries, has not shown many positive signs for liberalising the Indian legal market. The BCI has opted for a protectionist approach due to the fear of the competition from the international law firms. This is based on the belief that the Indian practitioners will not be able to compete with foreign nationals on an equal footing. However, as discussed above, such competition is a welcome change for the overall growth of the Indian legal market. The liberalisation of the legal profession will have many-fold benefits for the industry player, including the clients themselves. The quality of services offered would improve, better career opportunities will be provided to law graduates, clients will have more options at competitive prices, and furthermore, the liberalisation of India legal market will also help India to achieve a global name in the legal profession.

Thus with the ongoing wave of globalisation and liberalisation, it is imperative that the Indian legal profession move on from its protectionist stand and open its legal services market for foreign players. Instead of deliberating on the disadvantages of this approach, it is more sensible to develop and implement measures for the inclusion of foreign firms in the Indian in a systematic manner so that it does not lead to undue disadvantages to the Indian players. Today, the Indian legal profession is highly competitive and is ready to grow along with its foreign counterparts in a globalised world.

About the author: Jalaj Agarwal is a final year student at Symbiosis Law School, Pune. He is an avid reader and often delves into research and academic writing. Pursuing his interests in Intellectual Property law, General Corporate and Banking Law; he has written various research papers and blog articles and is the Senior Editor at an online blog platform. Apart from work he is a community-minded person and can be seen feeding or petting stray dogs and working for animal welfare organizations