Sports With Empty Stadiums In The Background Of COVID, How Has The Sports Sector Been Impacted?

Sports With Empty Stadiums In The Background Of COVID, How Has The Sports Sector Been Impacted? 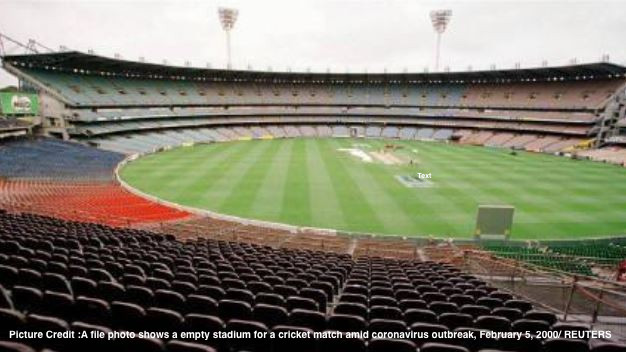 With over 5 million coronavirus cases and more than 3,35,000 deaths globally, all industries big or small have been impacted alike with the sports industry as no exception. All sports events have either been postponed or cancelled. For instance, Euro 2020 tournaments have been postponed until 2021, and the 2020 Wimbledon tennis Championships were cancelled. Among the most significant global sports event Tokyo 2020 Olympics and the Indian Premier League T20 tournament have been cancelled.

Impact on revenue and athletes

There are three primary income streams for sports leagues: broadcasting (sales of media rights), commercial (sponsorship and advertising partnerships) and match day revenue (ticketing and hospitality). If sporting events are cancelled, this will result in a huge decline in the revenue and even loss of jobs. Broadcasters are now banking on reruns, like Star Sports lined the streaming of “50 of the greatest IPL matches” from March 29 2020. The cancellation of the IPL will cost the BCCI, the tournament’s broadcasters, and the franchises at least Rs 3,000 crore. On-air advertisers are looking to seek refunds for advances paid if not a single game is played.

Similarly, event sponsors, on-ground sponsors, and on-ground vendors may choose to terminate their contracts or consider renegotiating them. These on-ground sponsors also have to bear the loss of beverage and catering partnerships, which are reviewing the force majeure clause and considering suspension of payments. For instance, the IPL 2020 edition already generated an estimated Rs.600 crore and Rs.500 crore from on-ground sponsors and team sponsorships, respectively. All this, in turn, would impact the overall GDP of India as well.

Although some reassurance has been given to the athletes by the Sports Ministry that athletes will be given their allowances with no cut downs. As the Budget Division has asked the ministries not to spend the entire portion of their budget, Sports ministry is likely to halt its infrastructure projects, but training-and competition expenditure would not be hit. Moreover, the Government has issued an advisory to employers to refrain from terminating jobs of football players or from reducing their wages.

Nevertheless, sports are drawing nearer to the forefronts of the plague, as many athletic facilities and stadiums across the globe are being converted to temporary hospitals or isolation wards. The strategy was first undertaken by China, followed by Australia and Brazil. In India, the Sports Authority of India (SAI) and the BCCI declared that they would be willing to turn all cricket and sports stadiums across the country into quarantine facilities. Sports facilities can administer numerous patients at once, freeing up other workers to focus on the most extreme cases. Trucks and buses can easily move people and supplies in and out of the facilities, and the arenas come equipped with the massive electrical capacity to keep a hospital going. The Conversion of Howrah’s indoor Dumurjala Stadium into a 150-bed quarantine center, the Gachibowli stadium in Telangana, used as a quarantine center for passengers coming into India, are some instances.

How has COVID reshaped the Sports discourse Panglobal?

There is no iota of doubt that once the world recovers from COVID-19, sporting events will be welcomed back with open arms. However, there is a pressing need to take critical measures and plan for future challenges. Some areas which we will explore are:

Non-contact sports are already imbibed with some sort of social-distancing, especially badminton or tennis. The Federation of Indian Chambers of Commerce and Industry (FICCI) suggested non-contact sports such as badminton, and cricket, tennis, etc. can be resumed with a reduced workforce. Also, ensuring stadiums are sanitized. Even the SAI has already allowed opening up of Sports Complexes in SAI training centers while conveying the message “Khelo India-Phir”. If international borders are opened up, it will lead to complications of mass testing. But, national events can very well be opened up as a first step in reviving the sports industry. India is planning to commence training for such sports, especially for athletes stuck in SAI hostels.

“I play for the fans; that’s what it’s all about,” LeBron James, an NBA basketball player said.  “If I show up to the arena and there ain’t no fans there, I ain’t playing.” But with the virus not going away anytime soon, sports played in empty stadiums with virtual fans are going to be a reality soon.

Sports authorities must focus on improving the viewing experience for the fans. The Indian Premier League is getting inspired by the Bundesliga’s creative idea of introducing virtual fans where mannequins were put up with faces of people who had bought the tickets in the stadium. The fans were then sent a match program, and they were able to see their photo too, which enhances their watching experience.

Various organizations offer technology, including augmented reality products, which could add cloud noise and the impression of a group to broadcasts. Moreover, even players need to hear their fans to boost their morale and enhance their performance. This can be achieved using audio elements triggered by at-home fans so that players can hear virtual fans cheering remotely. As Michael Conely. Vice President of Digital has rightly said, “If technology is done right, there are no boundaries as to where it goes.”, this is the time to explore and experiment as even if stadiums are opened up, people might be reluctant to go.

With the world in ‘lockdown,’ 2020 may well end up being the launchpad e-sports needed since the traditional games come to a halt. eSports describes the world of competitive, organized video gaming. Popular games include Call of Duty, Counter Strike, Fortnite, etc. Looking at the economic angle, the player can livestream e-sport to make money, while the publisher/owner of the game earns through a number of downloads. E-sports very well promote social distancing too; hence, it is a win-win situation. Strikingly, WHO, which characterizes ‘video-gaming’ and ‘computerized gaming’ as a disorder, is currently supporting the #PlayApartTogether initiative to encourage social distancing.

Currently, there are only two major international esports governing bodies: the International Esports Federation (the “IeSF”) and the World Esports Association (“WESA”). However, governing bodies in esports cannot impose rules that fundamentally alter the mechanics of a game, and the power is held exclusively by the publishers.

Recently, NASCAR made its e-debut with the eNASCAR iRacing Pro Invitational Series Race. It had the real NASCAR drivers in simulation mode. Even India organized an International Shooting Championship on May 9, 2020, wherein each shooter was given an electronic target setup, which streamed the action and their scores while they shot. Started as an alternative outlet, it can turn into a full-time competition.

The above changes can only be incorporated in the industry if they are aided by law.

In K. Murugan v. Fencing Association of India, Jabalpur[1], the Supreme Court has discussed the importance of law by commenting: “Sports in modern times have been considered to be a matter of great importance to the community. International Sports has assumed greater importance and has been in focus for over a few decades.” Despite this, the Indian Judiciary’s contribution to developing sports jurisprudence has been very negligible. The Courts are reluctant to adjudicate upon a sports issue. This is because Indian Courts do not possess the technical knowledge and the judges are not experts about the rules and nuances of a particular sport. An ideal solution can be the establishment of a sports tribunal with experts as sitting judges in addition to judicial judges.

There has always been a necessity for a comprehensive codified system of sports law. In light of the rapidly gaining popularity of e-sports, especially in the wake of COVID-19, issues like legal betting, IP protection of publishers, e-contracts, etc. need to be addressed. In January 2019, the Sports (Online Gaming and Prevention of Fraud) Bill was introduced in the Lok Sabha by Mr. Shashi Tharoor to give a legal framework for guaranteeing that business is run smoothly with no illicit practice. The purpose of the bill is two-fold: 1) It recognizes sports fraud as an offence and lays down a special procedure to deal with the same. 2) It provides for the regulation of online sports betting activities due to the ever-growing commercial nature of sports.

Some other potential domains where legal intervention is required are as follows:

In addition to this, bringing the subject of sports under the Concurrent list will enable creation of an autonomous and wide-ranging national sports regulator, along the lines of SEBI. The regulator could be entrusted with overseeing elections and even establishing a permanent sports tribunal.

Furthermore, the 267th Report of the Law Commission of India has emphasized on regulating gambling and sports betting due to the rapid increase in online gambling.[2] If betting is regulated in India it will help to monitor the conduct of the bookies also mitigate the risk of corrupting players who are lured into match fixing and spot fixing due to the huge money involved in the business.

Endeavor ought to be made to improve the sporting environment with the aid of the law. Sport is not restricted to entertainment alone but involves National pride. The pandemic has come on hard and fast. From multiple points of view, when sporting events came to a halt, a significant part of life changed so rapidly and extensively that it stunned numerous into seeing the extent of the problem. Resumption of play, however long it takes, will give fans and players alike an assurance that we are on our way to beating the pandemic.

We look forward to the day when teams once again take the field, and the sports business becomes cheerful as before with the changes that must be incorporated with all precautionary measures.

[2] The Law Commission of India, Two Hundred and Seventy Six Report on ‘Gambling and Sports Betting including in cricket in India (2018)’.

Tisha Chhaparia is an undergraduate student pursuing BBA LLB(Hons) at Symbiosis Law School, Pune. She enjoy's solving real-life problems and interested in corporate law. She wants to someday create a measurable impact on the legal system and believe's “Every day is a second chance” and that one can always start afresh. In her free time, she love's to read thrillers or bake."